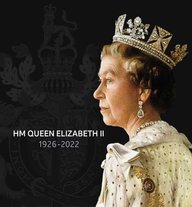 The Day I Met Her Majesty Queen Elizabeth II

April 2011 on the day of the wedding of Prince William and Catherine Middleton. I was a nanny to one of the flower girls. Following the ceremony at Westminster Abbey we were driven to Buckingham Palace. Together with other staff, I was in one of the downstairs rooms when a call came for me to go upstairs and be ready should Eliza (my care) needed attending to while the royals made their much-anticipated balcony appearance.

I was directed to go through the door at the end of the corridor, go up the staircase after which I would be given further directions. So, I set off, opened the door and saw the sweeping Grand Staircase before me. But much to my surprise the room was filled with some of the wedding guests - including Prince Harry! Was I in the right place? I asked a member of the palace staff for directions and whilst she was pointing at the stairs, Prince Harry came and asked “Are you lost?” (I had met him on few occasions at Clarence House and during rehearsals for the wedding, so I wasn’t a complete stranger!) I replied, “Yes, Sir! I was asked to be near Eliza.” Hearing the staff gave me directions, he nodded and returned to his friends.

Once upstairs, I paused, wondering where to go next. There was no one there to ask for assistance so I thought I would open the nearest door and I did! As soon as I opened it, I saw it was packed with people chatting to one another. And in the middle of the room was the grandest wedding cake I had ever seen! I squeezed past through the celebrities and sportspeople, and to my relief I spotted Eliza’s mother who asked one of the members of the palace staff to take me to the room next to the balcony. I was guided out of the room and ushered back into the corridor where I was asked to stay until someone came to take me inside.

While waiting, and admiring the marvels of the palace’s grand architecture, the door suddenly opened and Her Majesty, The Queen stepped out, resplendent in a beautiful yellow outfit! A couple of steps behind her came Prince Phillip, to who she remarked how she “would like a few minutes to put my feet up”!

Imagine my shock and theirs too! There was I, alone with the Queen and Prince Phillip, for an unexpected, unrehearsed, unprepared meeting. I quickly remembered to curtsey (not sure I did so correctly!), but the Queen smiled, nodded, and then they were gone into another room to prepare for their balcony appearance.

1. Meeting our late Queen and The Duke of Edinburgh in so unexpected manner was a suprising and memorable experience. It was a privilege to see Her Majesty and see how her personality shone out even at  such an unguarded moment! An instant reaction that gave insight into her true character.

2. If it was an awesome experience to meet The Queen, how much more so will it be to meet the THE KING OF KINGS, the glorious giver of eternal life, Jesus Christ! Not everyone is granted the privilege to meet an earthly monarch but everyone is offered an invitation to meet The Saviour of the World!

'But to all who did receive Him, to those who believed in His name, He gave the right to